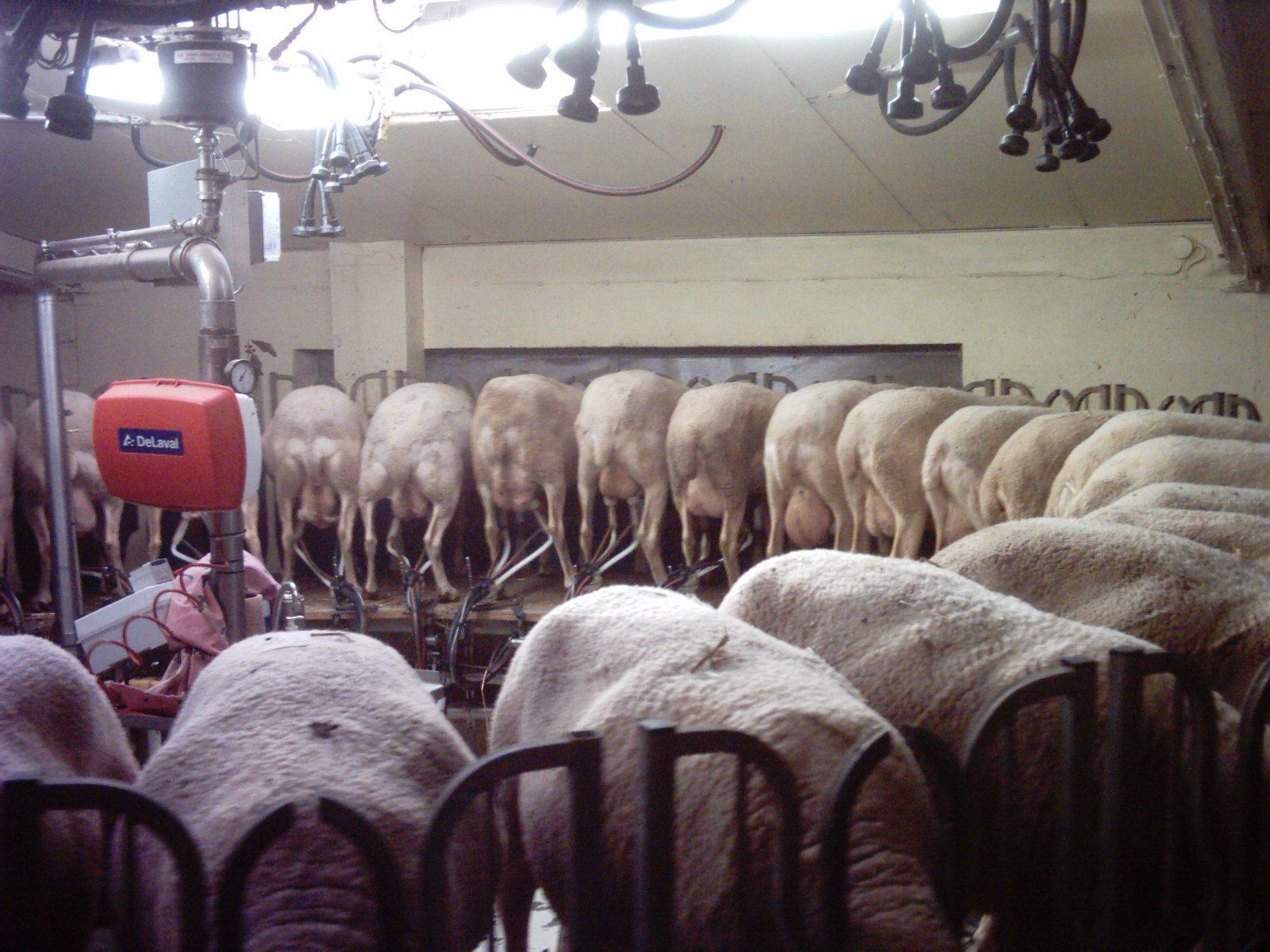 Sheep milk (or ewe’s milk) is the milk of domestic sheep. Though not widely drunk in any modern culture, sheep’s milk is commonly used to make cultured dairy products. Well-known cheeses made from sheep milk include the feta of Greece, Roquefort of France, Manchego from Spain, the Pecorino Romano (the Italian word for sheep is pecora), the Pecorino Sardo and Ricotta of Italy. Yogurts, especially some forms of strained yogurt, may also be made from sheep milk.