Home/Lights and shadows of the Mozzarella di Bufala DOP 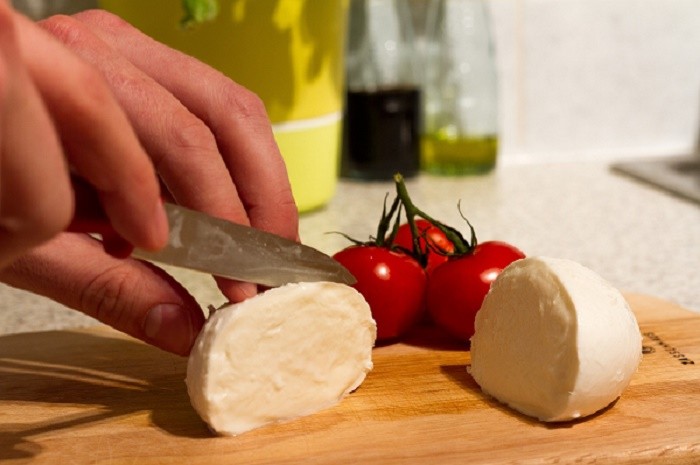 Lights and shadows of the Mozzarella di Bufala DOP

The Mozzarella di Bufala is somehow marked by a controverse image and it is often the topic of controversies, because of the fake ingredients or the possible contaminations of poisons in the Fires Lands (Terra dei Fuochi). Today, thanks to focused studies made by the University of Naple “Federico II”, the La Sapienza University in Rome and the University of Parma, it is possible to dispel the myth of the mozzarella having gains for the health.

Researchers of the University of Naple are the authors of a study that has been presented during a conference organized by the “Consortium for the protection of the Mozzarella di bufala campana Dop cheese“. During the presentation results from other two researches by experts from the University of Rome and Parma were shown. The first survey was coordinated by Ettore Novellino, teacher of pharmaceutical Chemestry and toxicology at the Univesity “Federico II”, has proven that during the digestive process, mozzarella eases the growth of some peptides which have an antioxidant effect.

The second research, by Vito Corleto, professor of gastroenterology at the University Sapienza in Rome, has shown that the mozzarella di bufala is easy to digest, because of the low livel of lactose conteined. The third research, by Germano Mucchetti, professor of Science and food technology  at the University of Parma, has shown that dairy products have a low livel of salt conteined.

Obviously, these positive results shouln’t lead to a inferior security standard, especially as far as farms are concerned.