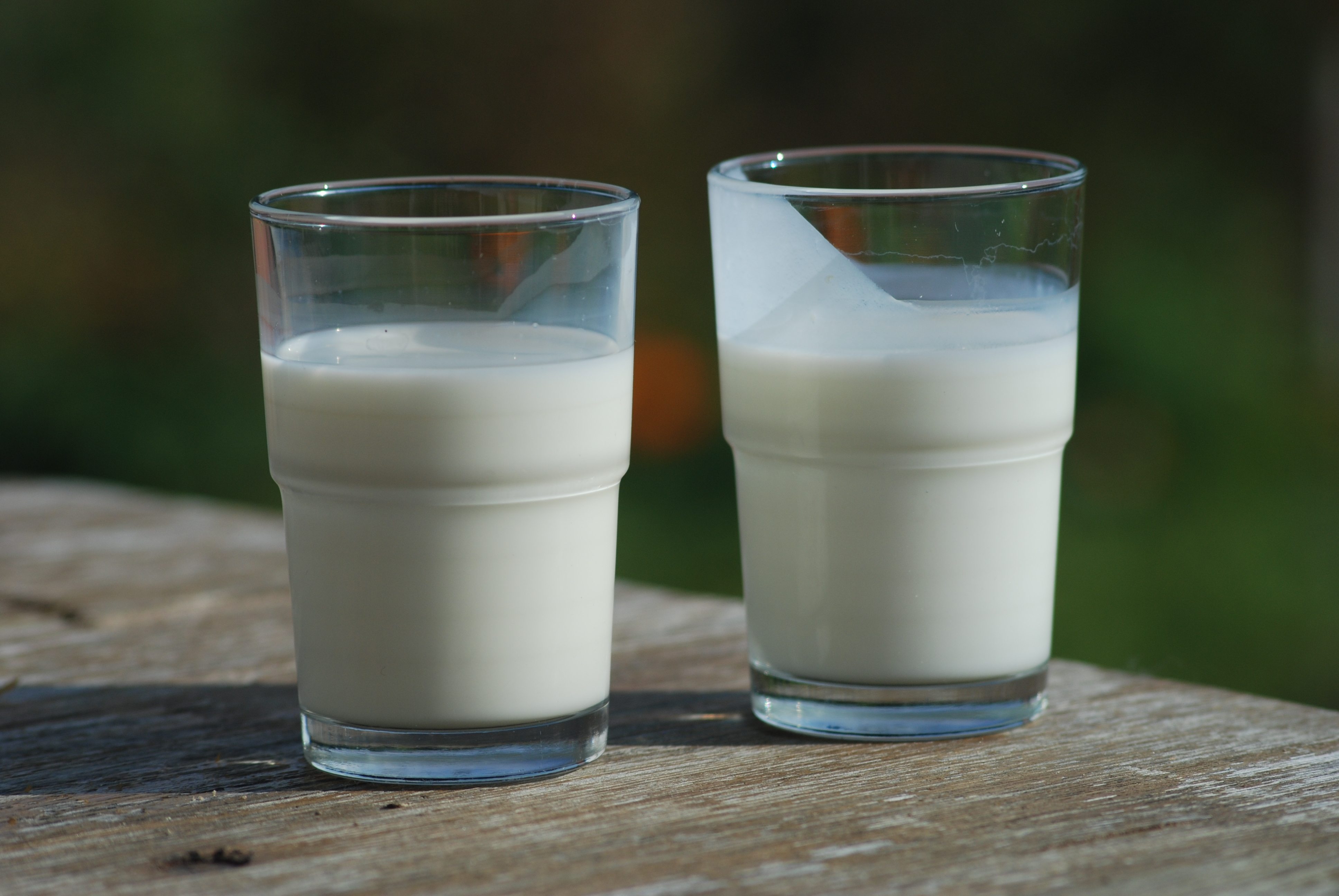 The China Project, an outdated study

There’s been a lot of talk about the ethics of a diet that includes milk and dairy products, since the 70s, with plenty of studies aimed to evaluate advantages and issues, and sometimes to totally repeal the virtues. This is the case for The China Study, a study published by T. Colin Campbell (also known for being Pres. Bill Clinton’s physician) and his son Thomas M. Campbell II in 2005 which is based on results obtained by a namesake study, The China Project, one of the biggest nutritional-oriented studies ever in history, launched thanks to a 20 year long partnership between Cornell University, Oxford University and the Chinese Academy of Preemptive Medicine, which involved 6500 adults coming from 65 Chinese counties, carried out by filling surveys, blood tests and clinical observations.

What is the China Project?

The research pinpointed 8000 statistically relevant associations between lifestyle, diet and development of certain diseases, including a big quantity of additional research data coming from different sources. Campbell outlined a unique unifying principle according to which people who consume food products of animal origins show development of chronic diseases, while people who consume a vegetable-based diet are in overall better health and show a lower incidence of chronic diseases. This statement, as well as those saying that consuming foods containing more than 0 mg cholesterol is not healthy, derives from a highly selective kind of research focusing on just a small data sample while completely ignoring other data.

A study supporting a vegan diet

Basically, the book “The China Study” supports a vegan diet. Campbell talks about the role that animal-based food products play in causing prostate cancer, but he doesn’t mention the powerful preemptive effect attributed to vitamin A, contained in many animal-based foods. Same treatment has been reserved to other nutritional substances like vitamins from group B and carotenes, which the author states can be found in vegetables but actually have much higher concentrations in foods such as egg yolk, milk and liver of several animals. Many other examples come from a rough reading of the book and from the well-argumented critiques of an American blogger, Denise Minger, who, on her web blog about lifestyle and nutrition, became a reference point for many readers as well as many experts in the sector. A peculiar case of inconsistent statements that can be found in the book The China Study refers to casein, a milk protein which is, according to the author and along with every other animal-based proteins, amongst the possibly most powerful carcinogenic substances we all consume. Campbell writes about the link between casein and cancer based on one of his previous scientific researches which demonstrates an increase in tumors in lab animals exposed to casein. This result, if supported, is surely important and strongly suggest that further researches are needed in order to establish a safety of supplementation in human beings, especially amongst bodybuilders, athletes and those who use casein for muscular recovery. However, it actually seems Campbell took his research beyond its logical context, and mistakenly concluded that all forms of animal proteins have similar carcinogenic properties in human beings. This statement does not take into account a vast scientific literature showing the important antitumor properties of many proteins contained in milk serum. Milk and its derivatives are considered damaging foods for health in the book The China Study only due to the presence of casein.

The carcinogenic effect of lysine in vegetables

Another crucial piece of information comes from a scientific research from 1989 by Schulsinger et al., where it is showed that if we add the amino acid lysine to wheat protein we obtain a carcinogenic effect similar to the one Campbell had obtained with casein during his experiments. In order to better understand this data we have to take into consideration that there are nine amino acids in nature, which are defined as essential and our body is not able to produce them on its own, we therefore have to introduce them with diet. Lysine is among these aminos. Many vegetable-based proteins lack some amino acids, however, by combining them together we can get a complete amino acid profile. For instance, cereal and legumes, which are consumed in large quantities in a vegan diet, have complementing amino acid profiles, in that one makes up for those amino acids that the other lacks. Therefore, if Campbell’s conclusions were to be believed, vegans would also be subject to a high risk of cancer as he showed to be the case for casein, even if they avoid all animal-based foods. This makes us understand how the relationship between animal proteins and cancer is obviously more complex than that, and is connected to the totality of substances we can found in foods, therefore it is impossible to extrapolate some kind of universal rule of thumb from a link between isolated casein and cancer.

The China Project in Depth

Up to this point we have told about Campbell, but what actually is The China Project? In epidemiologic studies, besides food related data, several other risk factors are taken into account for what the development of heart diseases and tumors like schistosomiasis, Hepatitis B, higher rates of tuberculosis, pneumonia, intestinal obstruction or general lifestyle or work conditions. The China Project’s data speak for itself: animal proteins are not related to a higher percentage of disease, as showed by the fact that the inhabitants of the Tuoli province, although consuming around 134 g of animal proteins a day, have the same average level of cholesterol of Shanyang population, and slightly lower levels than Taixing province, where the population ingests an average of just 1 g of animal proteins a day. Clearly, correlation between animal-based foods and cholesterol levels in the blood is not always linear, and more factors play a crucial role in its variation. The counties analyzed in The China Study have been picked in such a way to reduce variables as much as possible during the process of data collection regarding lifestyle. The Chinese rural areas analyzed by the research have been picked on purpose in order to guarantee that local population had spent their whole life in the same area and consumed the same typical food of the area. In short, The China Study is an anthology of cherry-picked data and a strongly misleading interpretation of the original data from The China Project, and it cannot justify the life choice of those who decide to lead a vegetarian or vegan lifestyle in contrast to those who wish to eat a varied diet that also includes animal-based products. Despite all this, we must say that The China Study contains many excellent points in its critique toward reductionism un nutritional research, the influence of food industry in research and the need to obtain nutritional substances from food products; however, the work’s prejudice in regards of animal-based foods and its penchant for veganism permeates each and every chapter and page of this book. Campbell might have been influenced by his expectations on potential damages to health connected to animal proteins, thus proposing statements that have consolidated their position over time, also thanks to the vast consensus among the vegan community. Thus, The China Study did not receive the critical review a book of its proportions deserved.

Andrea Ghiselli, certified nutritionist and head researcher at Inran, talks about vegan propaganda studies, such is the case for The China Study. “It is the study of a researcher” states the researcher – “that goes against countless other studies conducted worldwide. It’s him against the world, a crazy person speeding in the wrong lane of the highway. Milk consumption – which, according to The China Study, would be responsible for the onset of tumors due to casein, is on the contrary, officially recognized as a protection factor from grave diseases such as heart diseases, diabetes, hypertension and many types of tumors”. According to Ghiselli, the work carried out by Colin Campbell has been successful only because it stated just what a specific community of people – vegans and vegetarians – wanted to hear. “The study doesn’t have any validation in reality. It’s been done 40 years ago and then proved wrong by current literature. The whole current orientation of scientific community are just the opposite. Campbell, for instance, carried out several in vitro experiments, placed casein in a vial and saw that the cells of a specific type of tumor were doing better: but of course, casein provided the cells with some food, but the same thing would have happened with any other kind of nutrients. It is known and demonstrated that, on the contrary, cow milk acts as a protective agent against major diseases of our time.”