Home/Kefir – a surprising product from milk 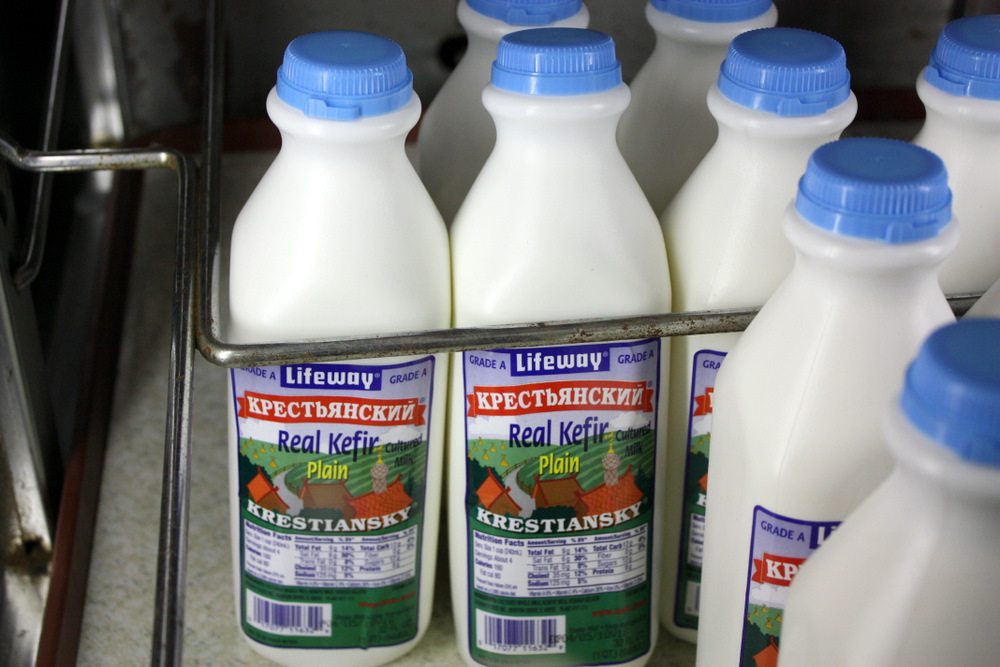 Kefir – a surprising product from milk

Let’s talk about kefir, a word of Turkish origin and one of the oldest fermented beverages in the world. It is also one of the healthiest. Milk kefir is made by fermenting sheep, cow’s or goat milk.
We know that this drink has existed throughout history: historical notes indicate production in Europe, Africa and Asia. Kefir grains, used to ferment the milk, are composed of various selected microorganisms, especially bacteria, yeasts and fungi, which live in symbiosis.

A typical quality of all fermented foods is that they produce lactic acid. It is not by chance that both kefir and other foods subjected to the activity of lactobacilli and the like will, over time and to a greater or lesser extent, become acidic. This not only improves the shelf life of the food but also the digestibility and absorption of the bacterial cultures within it. Kefir is a very useful beverage for anyone who is lactose intolerant as it is split beforehand into glucose and galactose, thereby giving rise to lactic acid. What is more, the body is stimulated to produce lactase, an enzyme that lactose intolerant people lack which is needed in order to metabolize lactose. Kefir’s distinct characteristic is that it contains a type of lactobacillus called kefiranofaciens. According to some scientific studies, this can reduce inflamed intestines and symptoms of colitis.

Several studies have also highlighted how kefir grains can inhibit the proliferation of cancer cells by activating their programmed death – in medicine defined as apoptosis. This has been reported in several papers published in numerous scientific journals which have examined the beneficial effects of kefir against breast cancer, leukemia and various types of tumors.

At the service of the immune system

Kefir also strengthens the immune system. Some studies have shown that it contains a substance called sphingomyelin, which is apparently involved in the production of typical proteins of the immune system known as interferons. Thanks to these compounds, viruses and bacteria have great difficulty reproducing.