Home/Alimenta: a joint-venture with Blue River Dairy to consolidate itself in the Chinese sheep and goat milk market 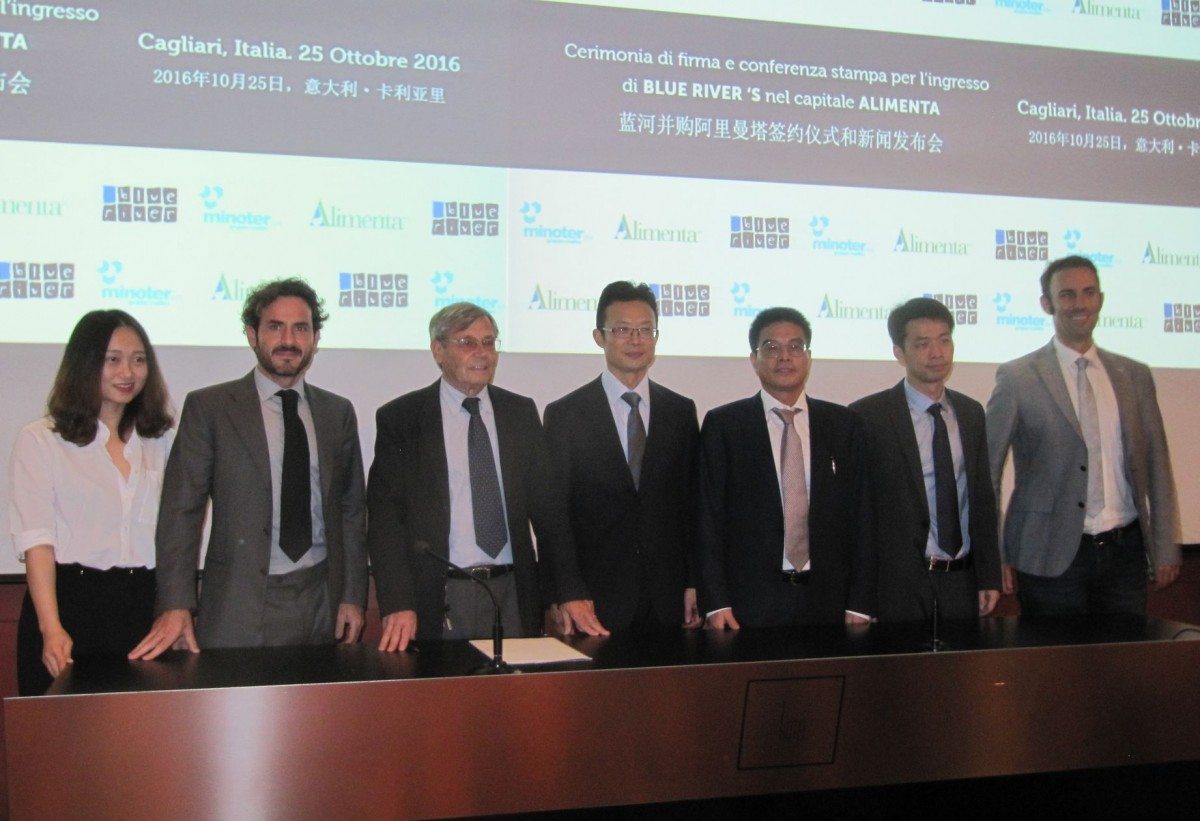 Alimenta: a joint-venture with Blue River Dairy to consolidate itself in the Chinese sheep and goat milk market

Sardinian products and ingredients made from sheep and goats are increasingly present in China. What is more, the agreement signed between Alimenta and Blue River Dairy, a well-established Chinese manufacturer from the sheep and goat infant formula sector, represents another important step in reinforcing the Sardinian company in Asia’s biggest market.

The objective of Alimenta, based in Macomer, is to consolidate its position in the Chinese infant formula market. The terms of the agreement were illustrated by Gualtiero Cualbu, president of Minoter Spa (the group that controls Alimenta), Enrico Cualbu and Simone Colombo (respectively managing director and general director of Alimenta Srl), president of Blue River Dairy Yuanrong Chen and CEO of Alimenta Hong Kong Ltd Litao Chen. XU Xiaofeng, Economic and Commercial Minister Counsellor of the Embassy of the People’s Republic of China in Italy, was present, as was Sardinia’s Regional Councillor of Agriculture Elisabetta Falchi.

95% of production destined for export, a production capacity of 3 million litres of sheep milk and 35 million litres of whey/scotta a year from sheep and goat milk powder, and a turnover in 2016 of 6 million euros – these are just some of the figures that Alimenta boasts. Company director Mr Colombo stated that Alimenta is ready to make investments in order to consolidate, in the medium term, sheep and goat milk as quality ingredients for infant nutrition. It aims to put finished Alimenta branded products containing Sardinian sheep infant formula on the Chinese shop shelves as well as renovate its factory by continuing to focus on quality, both in terms of facilities and products, in view of a production increase.

For Minoter’s president Gualtiero Cualbu, the Alimenta brand is about to become a global brand just like Blue River is today, with the two companies operating in the world’s markets to produce infant formula products. According to Cualbu, the agreement could relaunch an important sector for the Sardinian economy by absorbing considerable quantities of whey and scotta from the cheese factories. The equation is simple: the more milk that is taken away from the traditional cheese market, the more the market will stabilize.

50 million euros is the figure that Blue River could arrive at in the next few years – according to Yuanrong Chen – to upgrade its existing plants and build new ones. The objective is to arrive at an overall production of 200 tonnes and become, together with Alimenta, an important producer at a local level and a world leader in sheep milk as a raw material and finished products such as infant formula.

[Above, the main speakers of the press conference for the presentation of the joint venture Alimenta-Blue River Dairy]